Hit enter to search or ESC to close

Applications for 2021 Year 9 enrolment intake will open from June 2020.
Applications close end July 2020. Acceptance letters will be emailed and/or posted in August 2020. If you have any further queries please contact Denise Doherty 03 375 1871.

The Criteria Promulgated by the New Zealand Catholic Bishops’ Conference, which are to be used by Proprietors and their Agents, in order to Grant Preference of Enrolment are:

5.1. The child has been baptised or is being prepared for baptism in the Catholic Church

5.2. The child’s parents/guardians have already allowed one or more of its siblings to be baptised in the Catholic faith.

5.3. At least one parent/guardian is a Catholic, and although their child has not yet been baptised, the child’s participation in the life of the school could lead to the parents having the child baptised.

5.4. With the agreement of the child’s parent/guardian, a significant familial adult such as a grandparent, aunt or uncle who is actively involved in the child’s upbringing undertakes to support the child’s formation in the faith and practices of the Catholic Church.

5.5. One or both of a child’s non-Catholic parents/guardians is preparing to become a Catholic.

This year we will be awarding five entrance scholarships. These scholarships consider the whole person within the specified criteria, as outlined in the attached form.

The scholarship process comprises of:

All applications must be received no later than Friday 20 September. This process also applies to those who have previously indicated interest in these scholarships.

The Ministry of Education has various bursaries and allowances available:

Application forms are available from the local branch of the Ministry of Education or the College office.

St Bede’s College Shop is the sole supplier of the official College Uniform, a joint venture between the Board of Proprietors and the Board of Trustees. All new entrants are required to purchase their uniform from the College Shop and fittings will be arranged once your son is accepted for enrolment. The College Shop also has second hand uniform items. 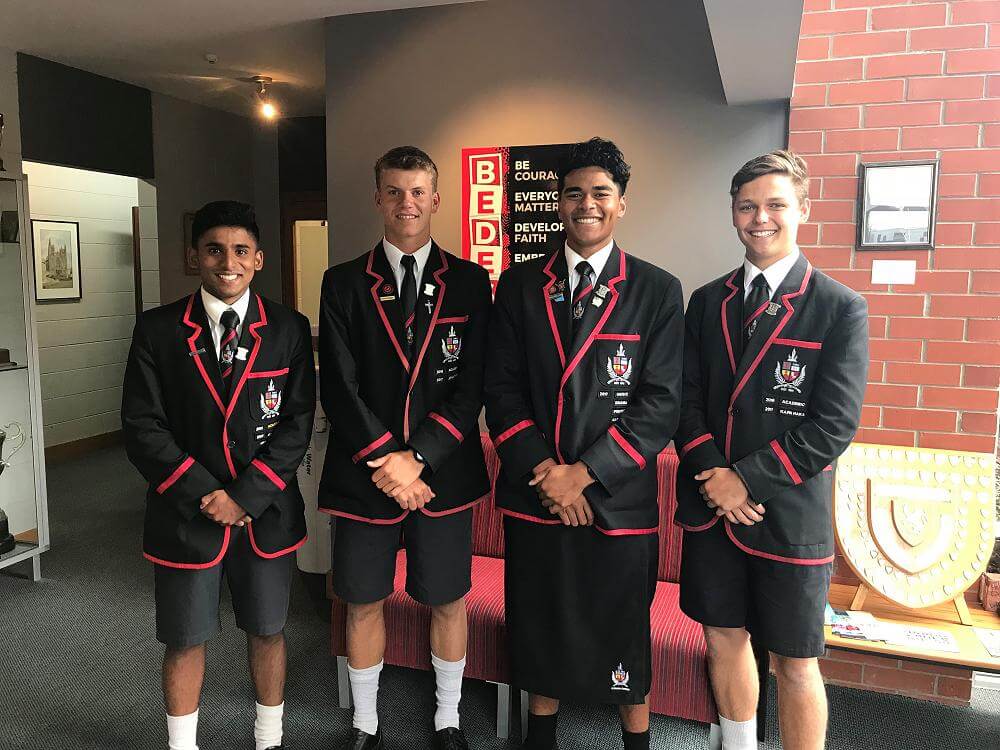 St Bede’s College welcomes International Students and is proud of its longstanding tradition in hosting students from many nations for over 20 years.

Overseas students make a valuable contribution to our College, adding to the richness and diversity of our own cultures, and enabling us all to gain a greater appreciation and understanding of a variety of other cultures.

Boarding at St Bede’s is a tradition that goes back to the 1920s.  Our rich history and tradition provides an excellent foundation to embrace the challenges of the modern era and prepare our boys to be Catholic leaders wherever life takes them.

Today’s boarders enjoy life away from home at the only single-sex Catholic boarding school in the South Island. Under the leadership of Deputy Director Jon McDowell and Director of Boarding, Mr Dai Williams, the Boarding School has a renewed focus on providing the best possible environment for all boys to develop into  fine young men of St Bede. 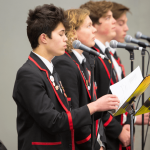 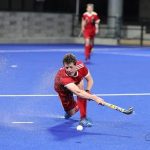 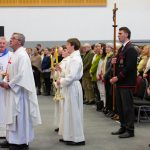 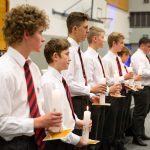 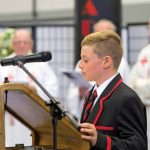