The College is named in honour of St Bede, an Englishman widely regarded as the greatest scholar of his time. His virtues of faith and learning form an essential part of the Bedean spirit.

St Bede’s is the oldest Catholic boys college in the South Island and the only Catholic boys college catering for both boarders and day boys. Our rich history and tradition provides an excellent foundation to embrace the challenges of the modern era and prepare our boys to be Catholic leaders wherever life takes them.

St Bede was born in 672 in the Kingdom of Northumbria, just below the River Tyne. He was born on the land belonging to the Monastery of St Peter and St Paul and he was given to the Monks at an early age. Most of Bede’s life was lived in the monastery of Jarrow. He was made a deacon aged 19 and was ordained a priest aged 30. He died at Jarrow in 735. In 1020 his remains were moved to Durham Cathedral. These two significant places in Bede’s life story are commemorated at the College in the names of two of the dormitories.

Bede was the greatest scholar of his time in Britain. He was a great writer, and his two exceptional works were the History of the English Church and the complete translation of the Bible into English. He is often depicted on his death-bed finishing the last chapter of St John’s Gospel just before he died. His name has become a symbol of English learning. 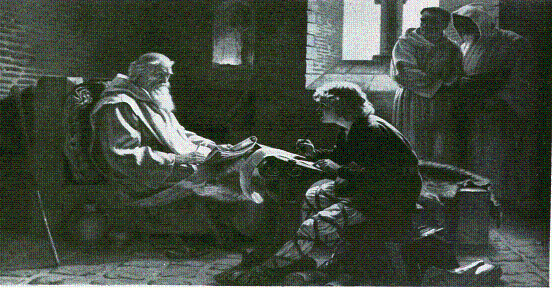 In the early 1900s the Bishop of Christchurch, Bishop John Grimes, had a dream of opening a Catholic college in Christchurch, to serve the Catholic community of the South Island. He was an Englishman himself, and a Marist, and on 21st November 1910 he bought a property on the south-east corner of Ferry Road and Fitzgerald Ave for the sum of 2,700 pounds.

Bishop Grimes asked the Society of Mary to provide some teachers for his school. They did so, and became the foundation religious order, taking ownership of the school and the idea. Fr Graham, on the staff at St Patrick’s College in Wellington, was appointed first Rector.

Bishop Grimes decided that the new school would be called St Bede’s because of the strong English connection in Christchurch and the place Bede had in English learning. The College was also appropriately named after St Bede because Bede had a reputation during his lifetime not only as a scholar, but also as a great teacher of young people.

St Bede’s began in cramped quarters in Ferry Road but shifted to its present location on the main northern entrance to the city in 1920. The land and buildings of the current site were paid for by funds raised in the Christchurch diocese between 1914 and 1918, and by a legacy from the estate of Bishop Grimes, the founder of St Bede’s. 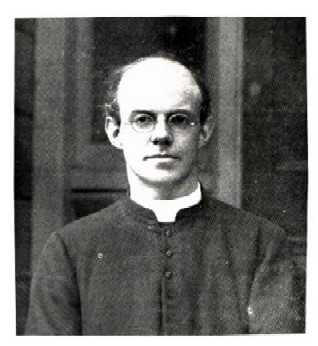 The Patron of the College is the Roman Catholic Bishop of Christchurch. The close link between the College and the Diocese is reflected by several major buildings on the grounds which bear the names of past Bishops Brodie, Grimes and Joyce.The school is owned by the Society of Mary and operates at the behest of the Catholic Church in the person of the Bishop of Christchurch.

For the first 70 years, St Bede’s College was a private school before integrating into the State Education System in the 1980s. The boarding hostel and areas not integrated are operated by the Board of Proprietors on behalf of the Society of Mary. 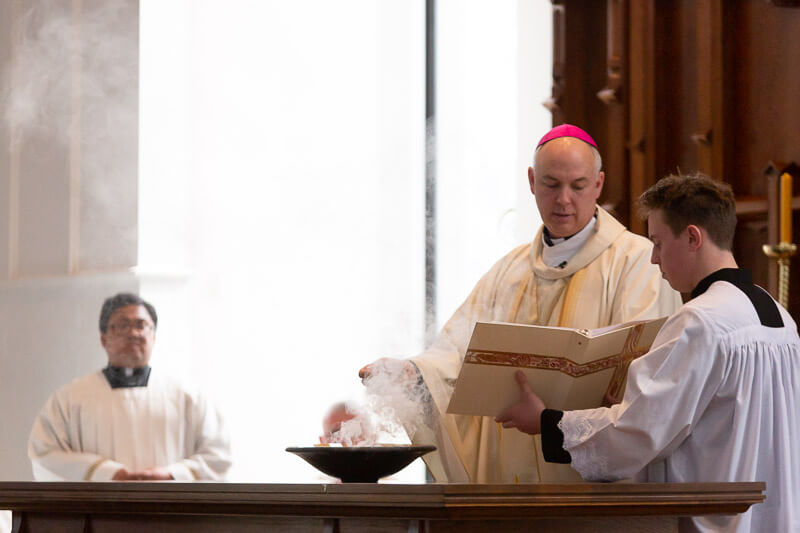 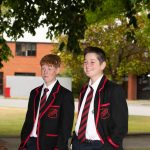 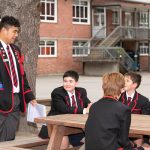 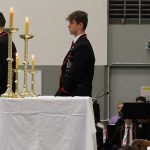 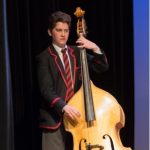 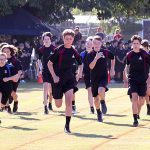